This week on the track of Glen Helen in San Bernardino in California, the four-time champion in supercross Ryan Villopoto completed the last test session in the US, just before gathere his belongings and begin the journey to Europe to take part in the FIM MXGP World Championship 2015.

RV is the great hope for the Americans to bring back after 20 years his first MXGP world title . Immediately after completion of the tests and the filming, RV sat together with Monster Energy, to talk about the impending global odyssey that will unfold in 18 matches in 16 different countries.

“I want to take the win. I do not work for not win, “said Villopoto. “I’m going there to win and I will do everything to achieve it.”

Villopoto also noted that it is ready to take the challenge and gain new fans from around the world. “All these people who were watching me running the last nine years I think will pique their interest to see the climate of . Many people told me “Yesare watching once a month the GP, but now we will watch it every Sunday.” I think that more eyes will be turned than ever in MXGP. »

“It will be a great season. It will be like the season of supercross in the United States, but I am confident that in the end the best will rise to the top. I think that there will be two or three at the top, such as the eight-time world champion Antonio Cairoli. If all goes well, I will be among them. Clement Desalle, Kevin Strijbos and Gautier Paulin probably be the rest. It’s time to run and I I will run for victory. ”

check this track  on this link  –> http://www.racingmanual.com/listing/bellpuig-mx-track-spain/

Watch on as Ryan Villopoto takes his first ride on the 2015 KX450F-SR in Grevenbroich, Germany. 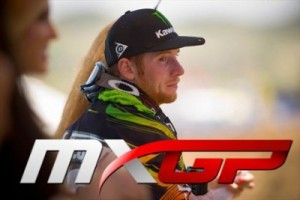 On his website the Ryan Villopoto staged a message-letter to his fans explaining his choice to compete at the World Championships MXGP the new season. Concluding his letter, multi champion America confirms that 2015 will be the last year of racing.

The letter to Ryan Villopoto fans.

By now you probably know that I will be racing MXGP next season. What a relief it is to get that off my chest and share it will all of you. I know the suspense was driving some of you crazy but I had to keep my lips sealed until my contract with Kawasaki of America was complete. Together we had a good run with some great memories, but now it’s time to switch gears and try something a little different.

I know a lot of people were speculating that I was going to retire, and to be honest, I considered it. Life for a pro motocross racer can be pretty tough—especially if you fall down a lot, lol. Did I want to have to climb back up that ladder? Get myself back into shape? I didn’t know if I wanted to tackle that all again. I’ve done that already twice—coming back from a fairly major injury. Even at this point right now its five months or so until the gate drops in Qatar…

Once I was able to swallow that one and be like ‘okay, yeah let’s do it’, it is definitely something that is a work in progress. It’s funny because although Kawasaki is one company KMC, KME, and KHI are three separate entities. So we had to get everything correlated and running in the right direction… trying to get all the moving parts aligned. It’s taken some time.

Then there is my own physical aspect: It’s not just like coming off a season and taking two weeks off and then kind of getting back into it. You don’t lose much at all if you do it that way. Definitely the hill is a lot steeper the way I’m going about it.

There are a couple of things that make me nervous. Obviously traveling to different countries. Some of the counties are a maybe little bit sketchy, so there’s things I have to watch out for. Learning the tricks of the trade. And I have to learn them very quick, lol. It’s going to be making the mistake of eating an ice cube that was frozen from tap water, then you get sick—that’s the sort of stuff I will need to learn real quick. Not make a mistake in that area.

When it comes to the bike, the tracks—that’s all the stuff I am really good at. I have a good base coming from KMC. Our factory bike is one of the best. Kawasaki of Europe, they have a good bike as well. The great thing is that it’s going to be essentially the same bike—with a few different parts and set-up a little differently. I know how I like to ride my bike and have it set-up, so I plan on doing the same.

As far as the competition goes, I have raced the majority at des Nations, but that’s a hard race to gauge off. It’s kind of like Anaheim 1—not the best place to make assumptions. I feel like Tony Cairoli’s probably going to be one of my strongest competitors. You can’t not think he’s going to be the guy—he’s won eight years in a row! Then there’s other guys like Gautier Paulin and Steven Frossard. The Europeans are going to be tough. I think they will surprise me in areas and I will surprise them in areas.

We’re flying into Brussels on October 10 to meet the team, I’ve met a few of the guys already, and go see the race shop. The race shop is in Holland which is about 40 miles from where my friend and teammate Tyla Rattray lives—basically just outside of Lommel. He’s going to do some testing at Saint Jean. It’s where I last raced des Nations in ’11.

Most of all, I’m just trying to go over there and really enjoy this last year. This is a one-time deal. I am going to finish my career win or lose after this next season… But I’d love to win and leave on top. I’m not going to say it’s going to be easier or harder—it will for sure be different though. I know a lot of my fans are bummed that I won’t be racing Supercross or Outdoors, but I hope you tune in and follow me in GP’s as this will be one ride you won’t want to miss.

Ryan Villopoto
“I am ready for the next chapter in my career and to accomplish new goals.. never been one to look at the record books so when an opportunity like this comes around….

Kawasaki Motors Europe, Racing Manager Steve Guttridge commented: “Ryan Villopoto is a truly global motocross star; for fans around the world to see him race on their home tracks will indeed be a privilege. After such dominance in Supercross it is refreshing and characteristically brave to see Ryan take on the world’s best MXGP riders and set his sights on supremacy in this class as well.”

Team owner Thierry Chizat Suzzoni proudly added: “For 2015, we are very excited to welcome Ryan Villopoto and Tyla Rattray into the Kawasaki Racing Team. It’s a fantastic challenge for the team and we are aware that the 2015 championship organized by Youthsteam is going to be very demanding, but our team is very enthusiastic and has ended this season on a high at the Motocross of Nations so we are going to actively prepare with the goal of taking up this challenge. I would like to thank Kawasaki, Monster Energy and all our partners for helping us to make this project become a reality.”